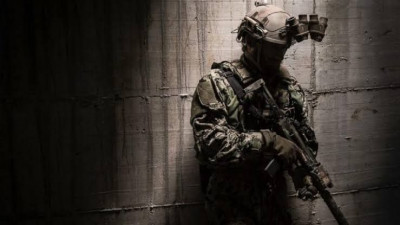 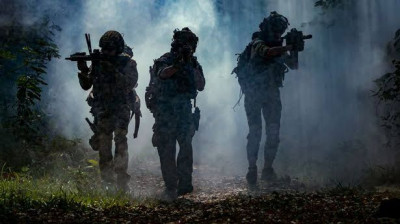 Salute and thanks for sharing

Proud of you Indian Navy

Thank you for sharing

Highly trained and lethal, special forces are a section of a country’s defense forces who are a cut above standard infantry. Special forces are trained to carry out operations that cannot be carried out by standard armed forces, and as such they have access to different equipment, given special training and sent out into areas that are unsuitable for your average soldier.

A Special Forces aspirant has to go through rigorous training and a highly selective evaluation process, with  rigorous testing of physical and mental stamina. Special forces carry out their operations through more unconventional methods via land, air and sea whether it is war or peacetime as members of elite teams.

In addition to their combat training, special forces members are given specialized training in swimming, diving, parachuting, survival, emergency medicine, conversing in foreign languages as well as put through greater psychological conditioning. Special forces alongside the conventional armed forces, as part of a sustained military operation.

While some special operations garner immense world-wide publicity, most are carried out in heavy secrecy and as such, almost never made known to the general public.

The primary objective of each special operation is to resolve certain strategic and operational problems which cannot be carried out by conventional forces alone in a strategically as well as economically feasible way.

Each special force is great, but certain forces have their battlefield record speak for them like no other, with the whole world acknowledging their mettle. From sabotage, to couter terrorism, anti piracy, these forces have made the world recognize their expertise.