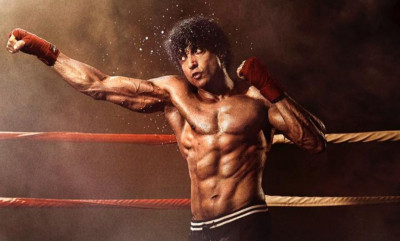 Earlier it was ‘Bhaag Milkha Bhaag’ that helped in introducing the current generation to the achievements and struggle of legendary athlete Milkha Singh and now bollywood actor Farhan Akhtar coming up with a boxing theme movie – Toofaan, will surely contribute in popularising the sport in the country.

The movie coming at the time of the Olympics will generate more interest for our boxers in Tokyo.

“Bollywood giving prominence to boxing is a good sign for the sport in India. It will help to further broaden the base of the sport,” says Beijing Olympic medalist boxer Vijender Singh. “Farhan Akhtar is a great actor and I am sure Toofaan is going to be another hit movie. To my knowledge, it’s a different concept sports movie. More the people will watch Toofaan, the more they will talk about boxing. Releasing at the time of Olympics will generate more interest for our Tokyo-bound boxers,” adds Vijender, the first Indian boxer to win an Olympic medal. “In Tokyo our boxers will surely win more than one medal, surpassing Beijing and London Games’ performance. Olympic medals and a bollywood movie is a deadly combination for the promotion of boxing in the country.”

Directed by Rakeysh Omprakash Mehra, Toofaan, Farhan Akhtar is playing a national-level boxer. It will be released on Amazon Prime on July 16.

“When any sport comes on a big screen, it contributes to the popularity of that sport. So, it’s good for our sport that a star like Farhan Akhtar is playing the role of a boxer in a movie,” says Olympian boxer Manoj Kumar. “Toofaan will also help people in understanding the level of hard work required in making a top boxer.”

In India, professional boxing is struggling to make it big because of a lack of sponsors. But with more boxing based bollywood movies coming up will attract more viewers and sponsors for the pro bouts,” says professional boxer Neeraj Goyat, who is helping his friend Vikas Krishan in preparations for the Tokyo Olympics. “Best wishes for Farhan Akhtar for Toofaan.”