There's a Saga in Her Eyes.. 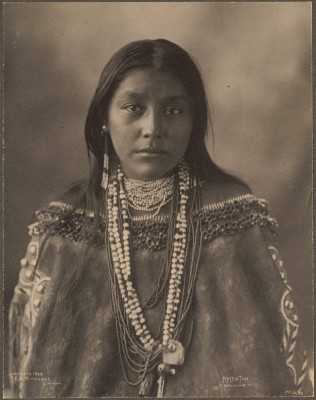 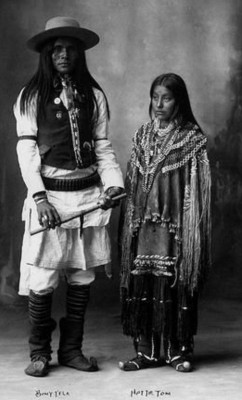 The first picture is the studio portrait of delegate Hattie Tom, a young Chiricahua Apache woman, photographed at the U.S. Indian Congress of the Trans-Mississippi and International Exposition in Omaha, 1898.

The Indian Congress occurred from August 4 to October 31, 1898 in Omaha, Nebraska, in conjunction with the Trans-Mississippi International Exposition. Occurring within a decade of the end of the Indian Wars, the Indian Congress was the largest gathering of American Indian tribes of its kind to that date. Over 500 members of 35 different tribes attended, including the Apache chief Geronimo, who was being held at Fort Sill as a United States prisoner of war.

Frank A. Rinehart's photographs of the Indian Congress participants are regarded as one of the best photographic documentations of American Indian leaders around the start of the 20th century.