There is Durga in Every Women! 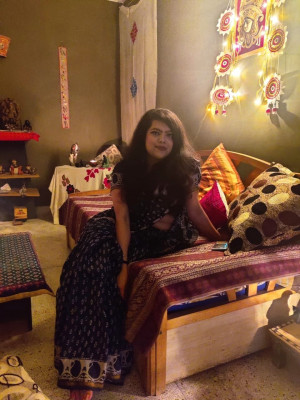 Women are the strongest creation of God.

Today is Ashtami which is a very auspicious day according to the Hindu Calendar. According to the mythology it is believed on this day Goddess Durga fought the epic battle with the Demon King Mahishasura, the goddess also killed the demons Chanda, Munda and Raktabija too.

Goddess Durga takes the incarnation of Chandi on Ashtami. Chandi is known to be an emotional form of Durga, either furious, passionate or terribly destructive. Similarly just like Chandi, every woman can become a Chandi if necessary and fight against all the evils in the society.

It is believed that when all the Gods became furious with rage, all their energies combined threw out flames and it was through this ball of flame that the female form of Chandika or Chandi was born. She is said to be one of the cosmic forms.

Just like Ma Durga we woman possess the innate power, to bring out the Durga or Chandi within us. We women are powerful, courageous, strong, determined, dedicated and incredible.
We all have Durga within us!