The Rickshaw Pullers of Kolkata : A Declining Livelihood, Human and Inhuman 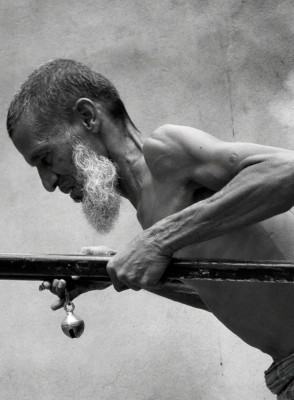 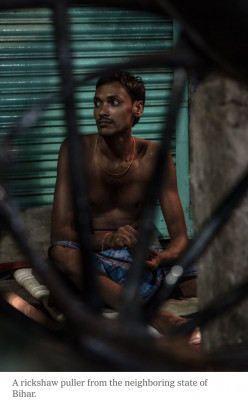 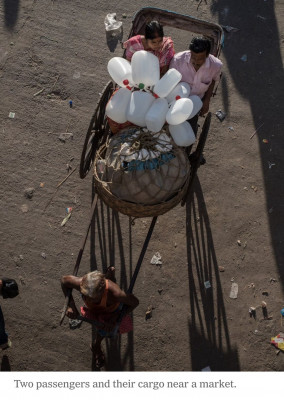 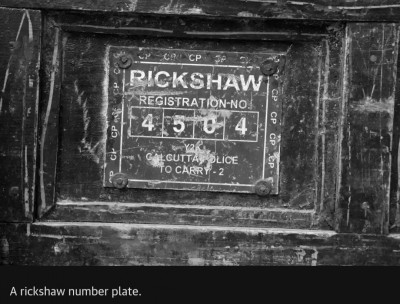 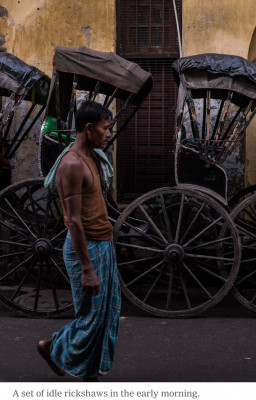 Kolkata, one of Asia’s great melting pots, is the last place on Earth where rickshaw wallahs still haul people and goods through narrow lanes. With just hundreds left, the city witnesses them as they disappear.

Some pull their rickshaws more than 10 miles a day while carrying several hundred pounds — the combined weight of the rickshaw and a couple of occupants. Their daily wages often equate to a few hundreds.

Rickshaw wallahs don’t earn a living serving tourists. Their clientele consists mainly of local Kolkatans: shoppers coming to and from markets, or residents transiting the city’s narrow side streets. Schoolchildren, picked up at home and dropped at school every day, often represent a steady income.

During the height of India’s Covid crisis, many rickshaw wallahs provided an invaluable service, shuttling patients to and from clinics and hospitals. Others were forced to leave Kolkata and return to their home villages during the lockdown.

Most of these men are migrants from the neighbouring state of Bihar. With the exception of the meager funds they keep for their daily needs, they send much of what they earn home to their families. They take pride in the fact that though themselves illiterate, their children in Bihar are attending school.

Kolkata has faced much flak for retaining this colonial relic. Local authorities officially banned the vehicles in 2006 and have stopped issuing or renewing licenses, while promising that the government would offer training for alternative livelihoods. Nothing has changed till date.

But for the hundreds of pullers who remain, rickshaws are often their only reliable source of income. If these rickshaws need to be permanently removed from the streets, a justifiable solution needs to be worked out to ensure proper rehabilitation for all the people directly and indirectly attached to the trade.

Call it fate or life, these hand-pulled rickshaw wallahs became the unfortunate victims of a false heritage that feeds our pride.