S The revolution that turned into an illusion!

Two years since the tragic incident of George Floyd that aired injustice. 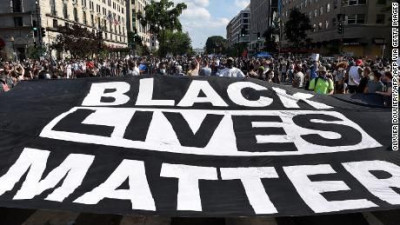 Two years since the tragic incident of George Floyd that aired injustice.

The seed of the revolution

The Zeitgeist of America is surrounded by inflation, abortion, the formula crisis and the mass shootings that have appalled everyone.

Amidst all this, what remains unforgettable is the racial inequality that has relentlessly shown its existence; even the Buffalo shooting incident was another example of an 18-year-old driven by his abhorrence against black taking many innocent lives.

Wednesday was the second anniversary of the street murder of George Floyd that put questions on the inequalities and racism prevalent in the country for so long.
Black live Matter was embedded in large postures and in everyone's mind who was protesting against the black lives.

But it all proved to be an illusion; support for the movement waned, and the founders of the BLM were surrounded by the controversies of failing to follow the transparency while handling its money. As a result, the foundation that was able to make up to $90 million for BLM is left with the $42 million in assets.

"The foundation's finances have been subjected to criticism from participants in the Black Lives Matter movement and their opponents. Many local groups that are part of the movement have called for more transparency, a greater role in making decisions, and more money for the organizations led by activists. At the same time, opponents of Black Lives Matter have tried to portray spending by one of the group's founders as evidence of widespread mismanagement in a manner that appears intended to impugn the cause of racial justice and the group." as reported in Newyork times.

Although much has happened since the Floyd case, what remains unchanged is the racial prejudices that still linger in the minds of United States people who believe in white supremacy and those who make laws for these Black Lives.