The reforms under the gun law bill!! 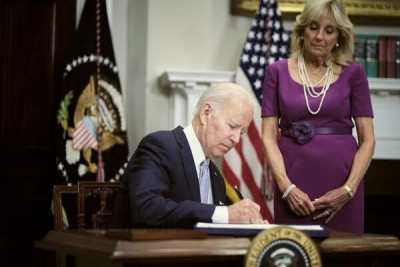 Mass shootings would have a page in history books where all the days and dates would be numbered correctly.
In May, shootings in Buffalo, Newyork and Uvalde, Texas, killed many innocent lives.

President Joe Biden signed a landmark gun control bill into law: "While this bill doesn't do everything I want, it does include actions I've long called for that are going to save lives," Mr Biden admitted.
These are the reforms under the passed law :

-Closing the so-called "boyfriend loophole" by banning all convicted of domestic abuse from owning a gun - not just those who are married to their victims or live with them.