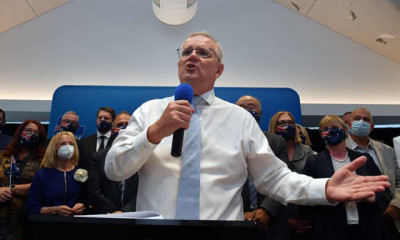 During the first two weeks of the 2022 election campaign in Australia, the red wall concept has been mentioned in dispatches.

The Guardian reported that journalists and pundits have speculated whether Scott Morrison is attempting a Johnson-style flip, writing off heartland seats in metropolitan Australia as vulnerable to the so-called "teal" independents and looking for gains in outer suburban and regional Labor-held seats, such as Hunter and Parramatta, to offset the losses.

Katherine Murphy talks about how this recruitment drive is not new in Australia; it has been a 30-year project for the Liberals.

John Howard employed a variety of culture wars to whittle away at Labor's traditional support. Tony Abbott used carbon price as a weapon to achieve his goal, and the scars of that corrosively cynical venture may still be seen today. Morrison has been unrelenting in his pursuit of the same underlying goal, narrowcasting to men who would vote Labor. The wholly fictitious "war on the weekend" was one of the pillars of Morrison's recruitment campaign in 2019.

In 2022, speculation about Morrison and red wall plans arose after a transgender rights issue that emerged throughout the campaign.

Let’s see what happens next!