The Punjab reboot after Lakhimpur Kheri 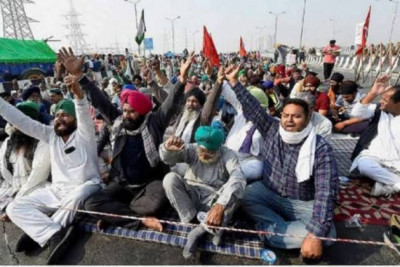 Punjab politics is being reshaped on account of the gruesome killings of farmers in faraway Lakhimpur Kheri.

While Chief Minister Charanjit Singh Channi and PCC chief Navjot Singh Sidhu had not been on the same page until recently, they were both seen together on Thursday at a march to Lakhimpur Kheri organised by the latter. Until now, Sidhu has not officially withdrawn his resignation as the PCC President. Nor has Channi dropped the Minister and official that Sidhu had objected to.

Meanwhile, the Lakhimpur case also appears to have robbed Captain Amarendra Singh of much of his fire power because of his dalliance with the BJP leaders including Amit Shah.

The Shiromani Akali Dal and the Aam Aadmi Party (AAP) -which were hoping to cash in on the disarrayed state of the Congress - are also having to rethink their strategies.

Chief minister Channi not only accompanied Rahul Gandhi to Lakhimpur, but also announced a compensation package bigger than what the UP government had announced for the families of victims. The AAP sent senior leader Sanjay Singh, while the SAD has dispatched a five member delegation. In contrast, the BSP and the SP, have been seen as being laggards. SP chief Akhilesh Yadav finally reached Lakhimpur on Thursday, four days after the dreadful incident happened.

Priyanka and Rahul Gandhi have gained big political traction because of their proactive approach in the case, but it is too early to tell whether this new burst of energy will translate into a much increased strength of the party in UP. But the efforts of the Gandhi siblings can be expected to bring spin-off benefits in the 24 odd constituencies of Uttarakhand having a substantial Sikh population - apart from Punjab. The incident - ghastly as it is- appears to have provided a fresh lease of life to Chief Minister Channi, who has been facing poaching threats from his predecessor Captain Amarendra Singh. Reports from Chandigarh suggest that the Chief Minister has been individually meeting party MLAs considered close to the Captain. The bigger gain for the Chief Minister has been that Sidhu's ire against him has apparently mellowed down.