The One To Watch 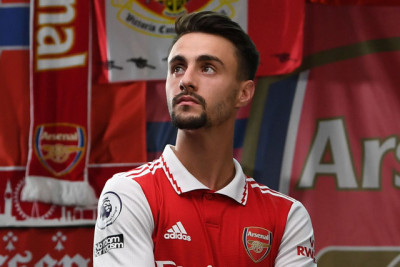 His signing surprised so many. It was an RKO out of nowhere. But one that could mean big things for the future. Gabriel Jesus & Zinchenko has stolen the limelight, but for me Fabio Vieira could have the highest ceiling.

A Porto lad through & through, he leaves at 22 years of age & as a 2 time league winner. Also accomplished internationally, he made the U21 EUROS team of the tournament in 2021. Oh not to forget, he was the player of the tournament too!

A diminutive left footed playmaker, so comfortable in tight spaces. There’s no surprise why people have drawn comparisons to Bernardo Silva.

Able to play as a midfield 8, his final ball is something special. One similar to KDB & Trent AA at Liverpool.

His 16 assists last season, only back that up!

So have Arsenal found their own long term answer to De Bruyne? I personally think so.