S the omicron effect: fist half of January felt like a blur😷 2/2 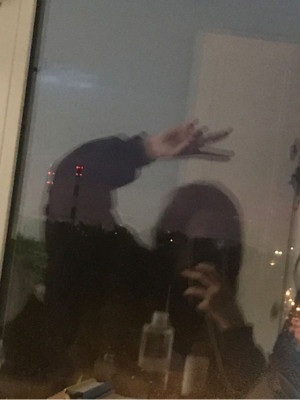 Take care and a speedy recovery to you!!

My 2021 ended really nice.It was cheerful,I was happy and healthy and wasn’t one bit worried about the spreading virus.Because Covid felt like an integral part of normal life—the new normal where you know you can’t go outside without masks and you’ve to be aware about your surroundings all the freaking time and not forget your sanitiser ever!

I had this spreadsheet of plans—things to do in the first week of January but who knew Covid was making its own plans too.I got slight itching in my throat on the third day of January and by 4th I had developed a strong cold.

I didn’t really think it was Covid and basically dismissed it as a winters’ cold but by evening I had body ache and my throat was swollen so bad that I was unable to utter anything.My brother told us to get our rtpcr tests done because he’d received news that someone in his grade had been tested positive and he’s attended a 12th grade farewell party with that person.

That was the alarm bell because his health wasn’t at its best too,he had fever a day before and my mom was also suffering from similar symptoms as me so for the next day early in the morning we’d booked a Covid test at home.It obviously came back with ‘detected’ virus result and hence we all were positive.

I had caught the virus fully vaccinated.It was mild like people said.I didn’t have any breathing problems but it could also be mild because I had already been vaccinated and so my white blood cells kind of had an idea that we gotta fight this virus.

Hence I completely disagree with people who are saying Omicron isn’t deadly.It is dangerous!

I had the worst cough ever! It was really bad that I couldn’t sleep at night.My stomach and head were aching as well..they still ache infrequently even after recovering from omicron.The first half of January felt like a blur.All I remember is coughing really hard all throughout night and my chest aching because of it.So yeah don’t take Omicron lightly,take precautions and stay healthy.