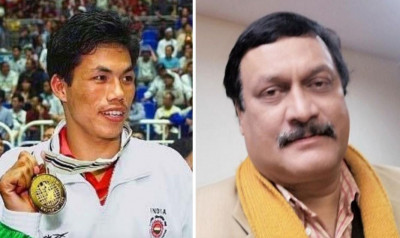 In 1986 Sports Authority of India (SAI) came up with a Special Area Games (SAG) scheme to identify and groom talent from the communities in the tribal, hilly and coastal regions of the country. The capital cities of Northeastern states Manipur and Mizoram were made the centers for combat sports under the SAG scheme.

Before SAG centre coming up in Imphal, boxing was not a popular sport in Manipur and it got prominence only from mid-nineties. Late Dingko Singh’s Asian Games golden feat revolutionised boxing, especially in the Northeast. He was the product of SAI’s SAG centre and was from the second batch of the scheme.

“I had joined SAI in 1986 as an assistant director and in February 1987, I got my first field posting and was stationed in Imphal to take care of the SAG scheme in both Manipur and Mizoram. At a close proximity of the SAI centre there was an orphanage and on and off I used to visit it to give rice and some food items for the kids,” recalls SS Roy, who is currently working as High Performance Director for talent identification with Khelo India. “After a couple of my visits to the orphanage, I figured out that the kids there had a potential and if given a chance they could also do wonders in the sports. So, we had a talent hunt programme in the orphanage and selected 14 boys, including Dingko Singh, in boxing.”

“Initially we had a limited staff at the Imphal centre, so apart from taking care of the administrative work I doubled up as a hostel warden. Because of which I developed close proximity with the trainees,” adds Roy.

“Today’ early morning Dingko’s wife informed me about him and it was a great shock for me. I have seen him from the days of an orphanage to becoming a national hero,” says Roy. “He will be remembered forever.”