The Great Aussie Player Lauren Jackson is coming back! 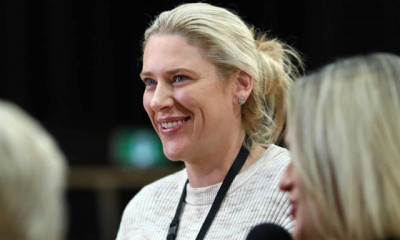 Hall of Famer Lauren Jackson has agreed to come out of international retirement to play for Australia's Opals. Due to a knee ailment, the 41-year-old declared his retirement in 2016.

“There’s a little bit of apprehension. I’m definitely a little bit scared and excited but who knows what will happen with my body,” Jackson told Sydney’s Daily Telegraph.

The Australian athletic community was in amazement and ecstasy when word of Jackson's recall to the Opals squad for the 2017 Fiba World Cup leaked this week. Even while her recovery is impressive, it is not wholly unexpected.

As per The Guardian, the 41-year-old has a vast amount of unfinished business as a result of ongoing injuries. Even in 2012, when she was honoured with the role of Australia's opening ceremony flag bearer, a hamstring issue limited her time on the court and prevented her from enjoying the spectacular hoopla she would have expected.

Jackson is widely regarded as Australia’s greatest ever player. She was instrumental in Australia’s only World Cup win in 2006, she is a seven-time WNBA All-Star, a three-time WNBA MVP and a two-time WNBA champion, among an abundance of other honours.

Let’s get ready to witness her magic on court once again!