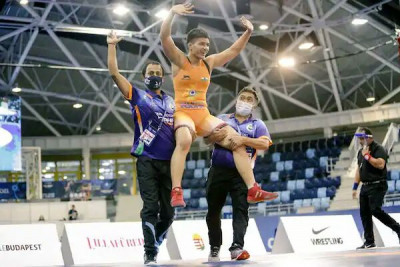 India's wrestler Priya Malik has won a gold medal for the country at the World Cadet Wrestling Championship, which is taking place in Budapest, Hungary on Sunday. Malik secured the Gold medal by beating Belarus rival Kseniya Patapovich 5-0 in the 73 kg weight category.

Malik has consistently performed in the recent past and this win would give her a shot in the arm. She also won gold in the 2019 edition of Khelo India in Pune and then went on to win another gold in the same year at the 17th School Games that were held in Delhi. Furthermore, Priya also won two more gold medals in 2020.