The Fading Art of Football Punditry… 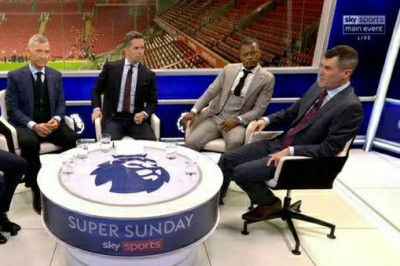 When a 90’s Indian kid such as myself started watching football matches in the mid-2000’s, there were very few football shows on TV. But every one of them had that magic that had me glued, after school hours. Football Focus, Final Score, Nokia Football Crazy, Goals, First Edition are just a handful that I can remember.

These shows were eloquently hosted by anchors such as  John Dykes, Andy Penders, etc. Some of the well-known Pundits of those days were Steve McMahon, Paul Masefield, Jamie Reeves, Gerry Armstrong, and so on. They always had such impartial opinions regarding English football, regardless of their favourite clubs.

Growing up, the football knowledge that fans like me gained was by watching such shows with knowledgeable people in well-debated interactions. Be it tactical knowledge, statistics, team development, transfer discussions, every single football-related matter was learned through such well-produced shows.

Even now, some of the pundits such as Alan Shearer, Owen Hargreaves, Roy Keane, Jamie Redknapp, and Ian Wright display similar qualities on TV discussions. But the rest are just plain fanatics, biased about their own clubs and having their own agenda. To name a few, Tim Sherwood, Paul Merson, Graeme Souness, Steve Nicol, Craig Burley, Michael Owen, etc. They are living proof that all past football players (good or bad!!) cannot be good pundits. Had they displayed the same ‘know-how’ while they were playing, they might have taken an altogether different career path. Some of them seem to have such a negative, unfounded agenda towards some clubs or players, that it borders on absolute absurdity.

Kids watching these shows now, will only learn to develop their football knowledge in a biased manner, about players, about clubs, about showing selective hatred. That is not going to be good in the long run, especially when there is already so much discrimination and social media hate around us in our everyday worlds.

The world needs unbiased opinions and discussions to help unite people, through football.

Football should not be about hate, it should be about and for the sheer love of the game, no matter which team one supports !!