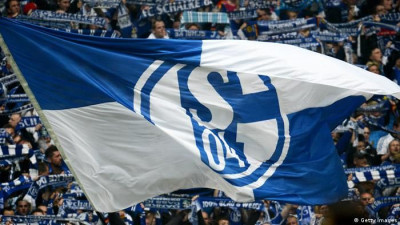 FC Schalke 04 are the 3rd most decorated club in Germany who competed at the top of the Bundesliga every season. Performances were strong, spirits were high...until 2020 came around.
A run of 16 winless games saw them drop from 5th to 12th in the 2nd half of 2019-20. What followed was a catastrophe. That winless run extended to 30 as the Gelsenkirchen outfit were relegated in 2021- narrowly avoiding being the worst Bundesliga team in history.
But how exactly did they slip from 2nd to bottom in under 3yrs?
After businessman Clemence Tönnies acquired Schalke in 2001, the club has steadily kept mounting debts, despite Schalke being the 7th richest club in the world in terms of revenue. Things reached its nadir in 2019 when Schalke showed debts of €200 million despite finishing 2nd in the Bundesliga the year before.
When covid struck in 2020, revenue from an average attendance of 60,000 instantly evaporated. With the club neck deep in debt and without incoming matchday revenue, cost cutting was inevitable. Salary reductions, no refunds to season ticket holders and sacked employees brought the club into disrepute. The team's attempt to move into corporate ownership failed due to the DFB's 50+1 fan ownership rules.
On the pitch, the problems were equally deep rooted. Die Königsblauen failed to adequately replace departed players, so were left with a pool of depreciating assets. The sellable ones were valued inappropriately, resulting in cheap player sales. New signings were mostly aging stars on high wages. Overall, the recruitment structure was unsustainable.
Schalke set the Bundesliga record for most managers employed in 1 season- 5. With the team consistently underperforming, the managerial merry-go-round yielded little.
Schalke remains the 3rd best supported club in Germany. Thus gives fans hope that with matchday attendance restored post covid, the financial situation will improve. But after sporting director Michael Reschke was sacked, the club lack a clear recruitment strategy. And with 23 out of 34 first team players out of contract in 2022, things look pretty bleak going forward. It may be long before we see the Rühr Valley miners dining at the top table again.