The Decline of Mourinho, Benitez and others... 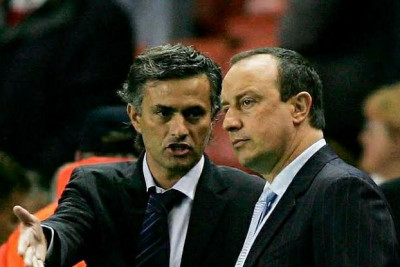 Two of the finest of their generations.
Who can forget Mourihno's Porto and Inter Milan team. Whereas Benitez is a legend at Liverpool.
The Istanbul Champions League Final 😱😱

Like any footballer, even a football manager goes through ups and downs. Every manager has his peak, unbeatable era, and his gradual decline. With his fair share of dismal performances, a manager’s rough patch starts, fans get impatient, eventually leading to his sacking at that club. He is appointed at a new club, and the same cycle goes on.

The same has been the case with ‘old-timers’ like Jose Mourinho, Rafa Benitez, Massimiliano Allegri, and so on. The clubs in turn affected were/are the likes of Chelsea, Man United, Spurs, Roma, Real Madrid, Newcastle, Everton, AC Milan, Juventus, etc. Not small clubs, by any stretch of imagination.

What could be the reason behind their decline? What are the likes of ‘modern’ coaches like Pep Guardiola, Jurgen Klopp, Diego Simeone, Thomas Tuchel, Zinedine Zidane, Erik Ten Hag, etc. doing that the ‘old-timers’ are not able to keep up?

First of all, these ‘modern’ coaches have a fundamental identity of playing football. They may not all be the same, but they stick to what they know best. Be it attacking, pressing, counter-attacking or even defensive football, they stick to it and play it to perfection, no matter who the opposition is. The ‘old-timers’ meanwhile try to adapt their football to the playing style of the opposition. There is no well-defined structure of play, which in turn allows the opposition to dictate the game.

The ‘modern’ coaches like Klopp, Tuchel, etc. have also transformed this game into a high-intensity, high-tempo pressing and attacking one, which has not been reflected in the coaching of Mourinho & co. Unless they modify their playing system/style as per the rapidly transforming modern game, they will most probably be left far behind.

The game needs these coaches back to their best. Their pure, unrivaled passion for the game should at least be the key motivating factor behind it!

I, for one, would love to see a typical Mourinho running and celebrating on the pitch, come the end of the season… Any stadium would do!