THE BEST WOMEN'S PLAYER ON THE PLANET 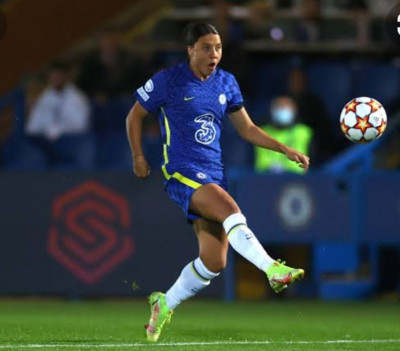 The 26-year-old previously split her time between Perth Glory in Australia's W-League from October to April and Chicago Red Stars in America's National Women's Soccer League from April to September.

Prior to joining Chelsea Kerr, a proven goalscorer throughout her career, was named the NWSL's Most Valuable Player (MVP) for 2019 after scoring a record 19 goals in 23 games to secure a third-consecutive golden boot. Despite missing part of the season due to the World Cup that summer, he achieved this.

Kerr made her international debut for the Matildas at the age of 15 and scored five goals in the 2019 World Cup. She was nominated for the Ballon d'Or and was a finalist for Best Women's Player at the 2019 FIFA Football Awards.

Not only is the talented forward clinical in front of goal, but she also has raw pace, a deadly touch, and strong leadership qualities. She is the Australian national team's captain.