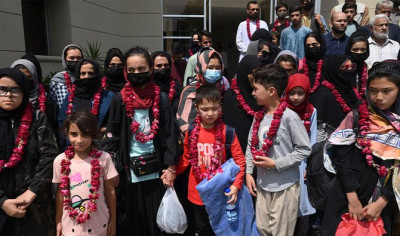 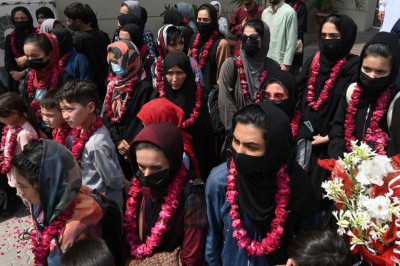 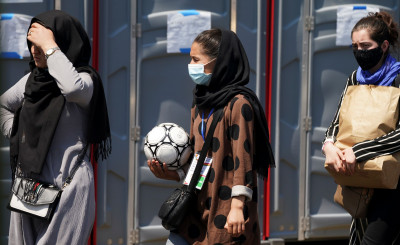 A group of Afghan girl soccer players and the Hetishan Koch family fled to Britain after the Taliban came to power in Afghanistan.

The plane carrying them was chartered by a Jewish relief organization Tzedek and paid for by Kim Kardashian.

The rescued soccer girls are between 13 and 19 years old who were transferred from Pakistan to Britain, they will be settled in Britain and will continue to live as refugees.

"I am very happy and proud of these girls," said Khaleda Popal, the former captain of the Afghan women's national team who took part in the rescue operation and coordinated it from Denmark. They were injured. They have overcome many things and have been able to stay strong. Now they can start a new life and breathe freedom.