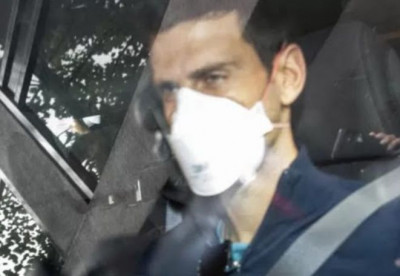 Tennis star Novak Djokovic has lost his last-ditch court bid to stay in Australia and is set to be deported.

Judges rejected his appeal after the government cancelled the unvaccinated player's visa for a second time this month on public health grounds.

The decision has ended the 34-year-old's hopes of defending his Australian Open title and winning a record 21st Grand Slam.

He said he was "extremely disappointed" but respected the ruling.

"I will co-operate with the relevant authorities in relation to my departure from the country," he said in a statement.

He had been scheduled to play his first match on Monday.

During Sunday's court hearing before a three-judge panel, Djokovic's defence unsuccessfully argued that the grounds given by the government were "invalid and illogical".

Djokovic has been staying at an immigration detention hotel in Melbourne, the same place he was taken after his visa was first revoked following his arrival on 6 January.