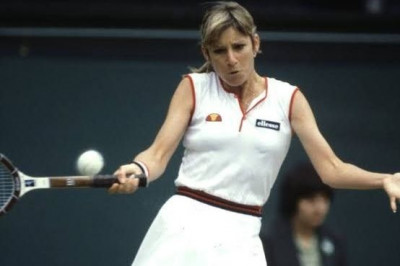 In a Twitter post linking an ESPN article Evert co-wrote with ESPN journalist Chris McKendry, Evert said she wanted to share her diagnosis and story "as a way to help others."

"I feel very lucky that they caught it early and expect positive results from my chemo plan," Evert wrote in a statement posted on Twitter. "Thanks to all of you for respecting my need to focus on my health and treatment plan."

Evert, 67, added she will appear from home at times during ESPN's coverage of the Australian Open, which begins January 17.

"We are all with you and behind you Chrissie, you are a true champion and I have no doubt you will conquer this nasty opponent," another tennis great and longtime rival of Evert, Martina Navratilova, wrote. The rivalry between the two women, which began in 1973 and lasted roughly 15 years, has been called the greatest in sports history. The two faced each other in 14 major finals", CNN reported.

Evert is no stranger to fierce competitions and coming out a winner.