Tar Ball Invasion: Goa Govt has a mandate but no commitment 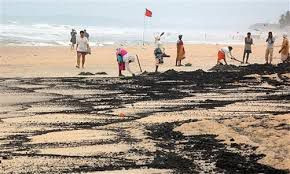 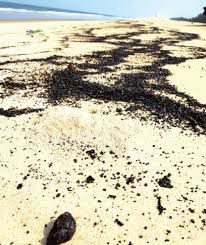 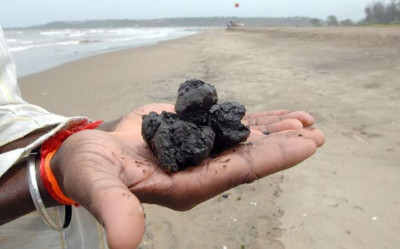 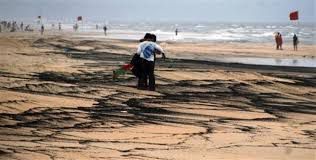 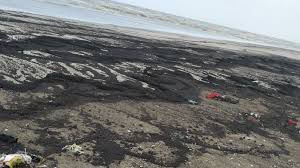 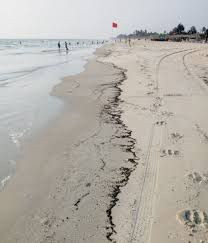 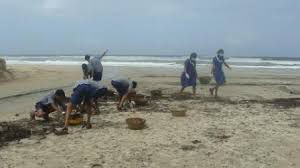 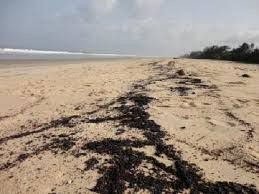 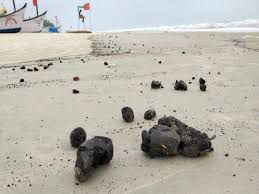 Even the fishing business gets hit by crude oil laced seawater

LEFT: The shipping lines running parallel to Goa's coastline RIGHT: The site of NIO study where hundreds of insoluble steel balls were offloaded into the sea suspected of ships cleaning up their hulls off crude oil 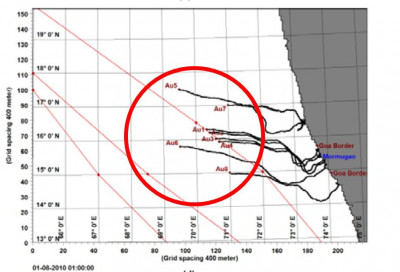 CONFIRMED: The NIO study found out that majority of the crude oil washed out of oil tankers went with tide to invade Goa's beaches

It is back. Cricket ball-sized tar balls having invaded Goa’s beaches in North from Candolim to Pernem last week, have been sweeping ashore for the past couple of days all over South Goa from Velsao to Colva beaches and beyond. Conservatively put almost 75 km of Goa’s most famous beaches that have been featured in the list of best beaches in the world is all blackened as locals rush in to clear the mess.

Tar Balls have been invading Goa’s beaches since the 1970s. Yet it is only since 2004 that they regularly sully these pristine white sun-kissed beaches from May till October and the proportions are alarming. Predictably, Goa Government has ‘written another letter to the Centre’ is the readymade answer in defence and after a few days of headlining this news too shall pass. Tarballs are made out to be some sort of alien invasion akin to crop circles in UK where the culprit is not known and the Centre can only protect.

And that is a Lie. The culprit is known.

A National Institute of Oceanography study has found that the tarballs on Goan beaches were caused by crude oil spills from the Bombay High region. Goa’s coastline lies close to one of the many Sea Lines of Communication (SLOC) crisscrossing South to North in the Arabian Sea. Many bulk carriers and international oil tankers coming from the Persian Gulf often wash their storage compartments in the high seas and the resultant oil spills in the Sea takes the shape of tarballs after reacting with seawater and travel with the tide and ocean currents to get deposited specifically on Goa’s coasts. Interestingly, these tarballs can be fingerprinted as crude oil explored from each well carries specific characteristics which can be traced back by analysing the tarballs. NIO based in Goa even has the forensic laboratory for this. But Goa Govt does not have the spine to accost the culprit or make them pay, leave aside deterring them.

Interestingly, neighbouring Maharashtra and Karnataka aren’t affected as much. But Goa Govt with its Marine Police, Indian Naval and Coast Guard regions fails to protect the coastline.