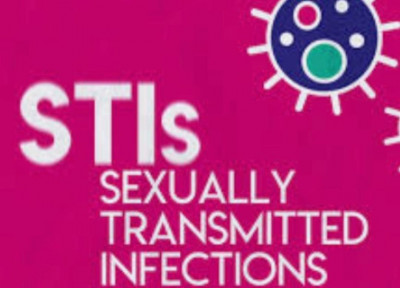 September is Sexual Health Awareness month, and as it encourages conversations regarding better sexual health, hygiene and welfare of individuals, today I'll mention about STI and what they are, or how unaware people are about them.


Eight of these pathogens are linked to the greatest incidence of sexually transmitted disease. Of these 8 infections, 4 are currently curable: syphilis, gonorrhoea, chlamydia and trichomoniasis. The other 4 are viral infections which are incurable: hepatitis B, herpes simplex virus (HSV or herpes), HIV, and human papillomavirus (HPV). Symptoms or disease due to the incurable viral infections can be reduced or modified through treatment.


STI can also spread through non sexual means such as via blood or blood products. Many STIs—including syphilis, hepatitis B, HIV, chlamydia, gonorrhoea, herpes, and HPV—can also be transmitted from mother to child during pregnancy and childbirth.


Because of lack of awareness and less conversation about STIs in the world, More than 1 million people acquire sexually transmitted infections (STIs) every day worldwide.


Each year, there are estimated 376 million new infections of 1 of 4 STIs of Chlamydia, gonorrhoea, syphilis and trichomoniasis. More than 500 million people are estimated to have genital infection with herpes simplex virus (HSV). More than 290 million women have a human papillomavirus (HPV) infection.
The majority of STIs have no symptoms or only mild symptoms that may not be recognized as an STI, hence the risk increases double.


STIs such as HSV type 2 and syphilis can increase the risk of HIV acquisition. According to WHO reports 988 000 pregnant women were infected with syphilis in 2016, resulting in over 350 000 adverse birth outcomes including 200 000 stillbirths and newborn deaths. In some cases, STIs can have serious reproductive health consequences beyond the immediate impact of the infection itself (e.g., infertility or mother-to-child transmission)