China at it: Want reunification with Taiwan 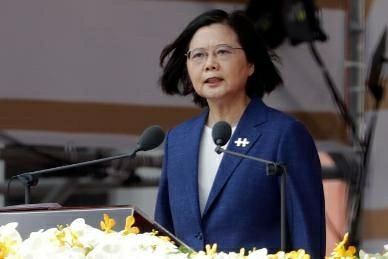 China at it: Want reunification with Taiwan

Taiwan will not bow to pressure and nobody can force it to accept the path China has laid out for the self-governing democracy, President Tsai Ing-wen said Sunday as the island celebrated its National Day amid heightened tensions with Beijing.

During her speech in front of the presidential office in the capital Taipei, Tsai warned that Taiwan is facing the "most complex situation" in the past 72 years, since the end of the Chinese civil war.

Her speech came days after China flew record numbers of warplanes into its defense zone in a significant escalation of military tensions. Chinese President Xi Jinping on Saturday vowed to pursue what Beijing called "reunification" with Taiwan by peaceful means.

"Those who forget their heritage, betray their motherland and seek to split the country will come to no good," Xi said. He also reiterated calls for Taipei to unify with Beijing under a "one country, two systems" model, similar to that used in Hong Kong -- but generally opposed by Taiwan.