Sustainability is a food trend that's not going anywhere 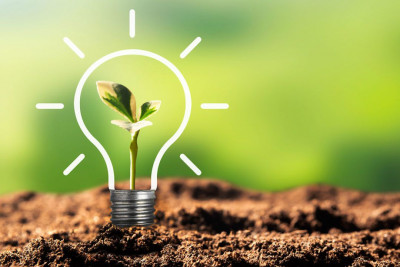 The trend of the year in the food and beverage sector is sustainability. Although naming a trend of the year before the year has even ended may seem unorthodox, enough has occurred over the last seven months to support this claim.

It must be acknowledged that Innova Market Insights, Arnhem, The Netherlands, noted at the beginning of the year that, for the first time, consumers participating in the market researcher's Lifestyle and Attitude Survey said that health of the planet is their top global concern instead of health of the population. More precisely, Innova discovered that the number of product launches with environmental claims is increasing three times faster than overall food and beverage activity.

The 2021 Consumer Goods Forum, which noted sustainability's rise as a prominent trend as consumers emerged from the worst of the COVID-19 epidemic, before Innova's revelation. When making a purchase decision, individuals regarded sustainability of a product as one of their top three priorities, according to Boston Consulting Group speakers at the time.

Large and small food and beverage producers have made an effort to follow consumer trends toward sustainable products. Such initiatives have frequently been connected to the production or packaging process. Such measures include, among others, the use of recyclable or compostable packaging, the development of zero-waste supply chains, the purchase of carbon credits, and the use of renewable energy in processing.

These initiatives, while admirable, place more emphasis on the process than the product's actual formulation. IFT FIRST, also known as the Institute of Food Technologists Annual Meeting and Food Expo, was particularly significant this year because of this. At that exhibition, a number of suppliers displayed specific ingredients made using sustainable practises, signalling what seemed to be the tipping point for the sustainability trend.

Sustainability is here to stay