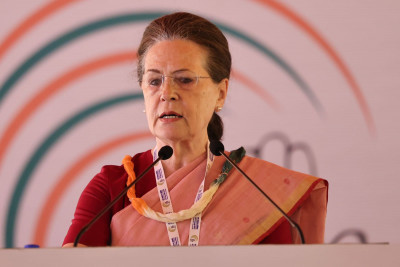 This is second time within two months that Gandhi, 75, has got infected with the coronavirus.

Earlier on June 2, she had tested positive and later admitted to Sir Ganga Ram hospital in Delhi.

Gandhi was discharged from the hospital on June 20, three days before she was to be questioned by the Enforcement Directorate (ED) in the National Herald case.

That time, she was treated for a fungal infection in her lower respiratory tract caused by the Covid-19 infection.

"Congress President Smt.Sonia Gandhi has tested positive for Covid-19 today. She will remain in isolation as per government protocol," he tweeted.

This also indicates that the people are getting infected fast as compared to the past.

Earlier, one would not get infected immediately as some immunity would be developed after getting infected thus protecting from getting the virus again in short period of time.