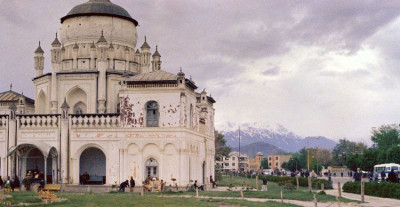 This looks so breathtaking.

Thank you for sharing, beautiful

When it comes to Afghanistan, war and misery are the only images that come to mind of this crisis-stricken country. Still, contrary to belief, Afghanistan has fascinating and spectacular places that, if secured and peaceful throughout the country. Human beings on earth must see these areas once before they die. Yes, dear Afghanistan, whose name is mainly associated with war, violence, and terrorism, may not be worse than the scale that the world considers violent and adventurous. Afghanistan also has potential tourism forces in a situation where it is struggling with foreign and domestic terrorist fighters. Every human being on this planet will be thrilled to see it.
Yes, as has been said, Afghanistan is a taboo-breaking and ground-breaking country of emperors. But when we hear Afghanistan's name, we remember the war, the Taliban, ISIS, bloodshed, child murder, and thousands upon thousands of other tragedies. These days, the name of Afghanistan is associated with misery and death in the minds of all the world. But Afghanistan is a historical country and is known at the crossroads of different cultures and ethnic groups worldwide. This country is full of natural and historical beauties. From Jalalabad in eastern Afghanistan to Balkh in northern Afghanistan; Beauty ripples everywhere. Although the wars have badly damaged Afghanistan's sights, they still have many attractions that are unfamiliar to us. In this article, some cities of Afghanistan and their tourist attractions are introduced. Be with Alibaba.
Sights Kabul is the largest city in Afghanistan
Kabul, the capital of Afghanistan, is the country's largest city with 3,500 years. Kabul has suffered a lot since the Taliban and flourished after the removal of the Taliban. These days, new buildings, fancy restaurants, and crowded markets can be seen all over Kabul. But Kabul has not been established yet. Infrastructure such as running water and electricity is a dream for many people in Kabul. In addition, roads are not safe and need to be rebuilt entirely.