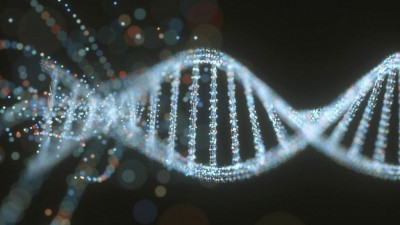 Scientists say they have made a dramatic step forward in efforts to store information as molecules of DNA.

The magnetic hard drives we currently use to store computer data can take up lots of space and also have to be replaced as they age.

Using life's preferred storage medium to back up our precious data would allow vast amounts of information to be archived in tiny molecules.

The data would also last thousands of years, according to scientists.


A team in Atlanta, US, has now developed a chip that they say could improve on existing forms of DNA storage by a factor of 100.

"So once we add all the control electronics - which is what we're doing over the next year of the program - we expect something like a 100x improvement over existing technology for DNA data storage."

The technology works by growing unique strands of DNA one building block at a time. These building blocks are known as bases - four distinct chemical units that make up the DNA molecule.

The bases, sometimes known as DNA letters, can then be used to encode information, in a way that's analogous to the strings of ones and zeroes (binary code) that carry data in traditional computing.

There are different potential ways to store this information in DNA - for example, a zero in binary code could be represented by the bases adenine or cytosine and the one represented by guanine or thymine. Alternatively, a one and zero could be mapped to just two of the four bases.

It's all part of a project between GTRI and other partners that's called SMASH (Scalable Molecular Archival Software and Hardware).