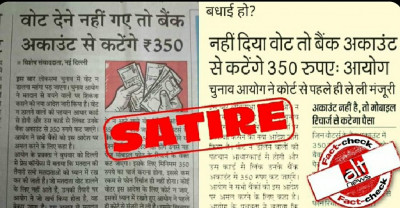 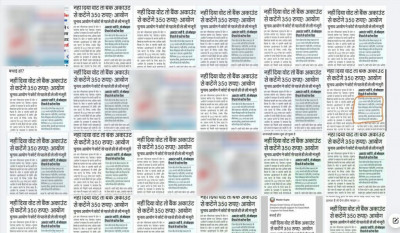 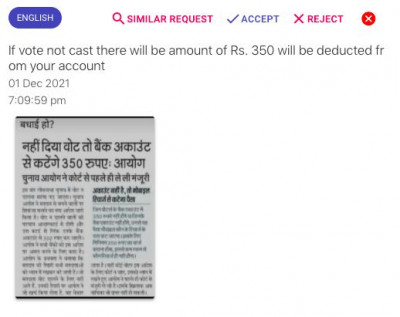 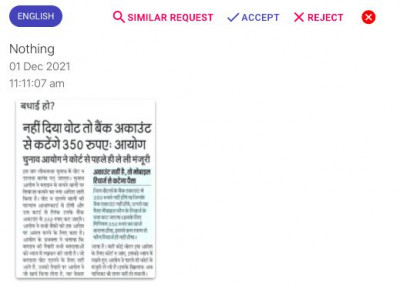 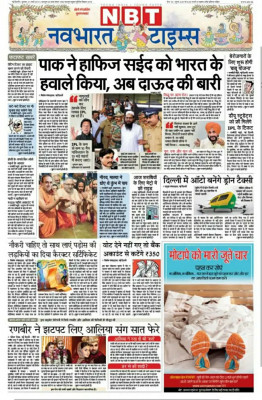 “नहीं दिया वोट तो बैंक अकाउंट से कटेंगे 350 रुपए: आयोग” (If you don’t cast your vote, Rs 350 will be deducted from your bank account: Election Commission), reads the headline of what appears to be a newspaper clipping, viral on social media. The report also quotes a spokesperson of the Election Commission of India saying that Rs 350 will be deducted from the bank accounts of those who do not cast their votes in the “upcoming general election”.

The screenshot of this clipping was reported by several social media users to Alt News with queries regarding its authenticity.

A similar newspaper clipping was also viral in 2019 ahead of the Lok Sabha polls.

Satirical article
Alt News found that the screenshot of the article now viral on social media is a satirical article published by Navbharat Times on March 21, 2019. A disclaimer stated along with the article reads, “इस खबर में कोई सच्चाई नहीं है। यह मजाक है और किसी को आहत करना इसका मकसद नहीं है।” (There is no truth in this news story. This is a joke and it does not aim and intends to hurt anyone.)

Lokmat, a Marathi daily, had also published the same piece, which ends with a clarification identical to that given by Navbharat Times, saying, “बुरा न मानो होली है”. It may also be noted that a full page of fictional news reports and advertisements was published by the daily with a disclaimer that said, “All the news and advertisements on this page are fictional”. For instance, a headline of a front-page news report said, “Pakistan has handed over Hafiz Saeed to India, next-in-line is Dawood.”

A screenshot of the satirical article was circulated without any context to mislead social media users. Navbharat Times publishes this satirical section every year on Holi. In 2018 Zee News, OpIndia and Postcard News had fallen for a satirical piece, which NBT had published on Holi, by putting out stories assuming it to be authentic.