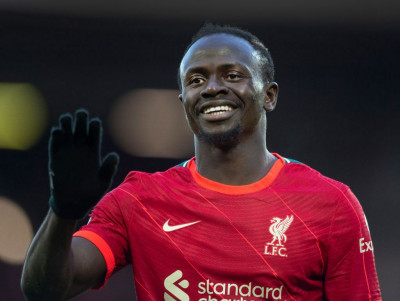 Sadio Mane ended his six-year reign at Liverpool, as he made his move to German giants, Bayern Munich this summer. The Senagelses forward was a crucial part of the Reds’ side that went on to win the Champions League in 2018/19, and the Premier League title in 2019/20. His last Liverpool game ended in a losing cause against Real Madrid in the UCL Finals in Paris.

There has been quite a bit of speculation made around his Liverpool exit, with low wages also rumoured to be a factor. However, Mane’s agent, Bacary Cisse has dismissed such rumours, and stated that it was clearly not a reason for his departure. The agent added that a player of Sadio Mane’s quality could never be earning wages as low as mentioned in the various reports.

"Those are false rumours. We didn't want to talk about that. A player of Sadio's calibre can't be earning the salary that people are speaking about. The numbers circulating are completely wrong,” Cisse told TV5Monde.

Cisse also discussed Sadio Mane’s move to Bayern Munich, and that it was the right decision made at the right time. He believes that the 30-year-old achieved everything at Liverpool, and it was now time to move on for a new challenge. Moreover, he believes that the Bayern project was too lucrative and exciting for him to turn down. Sadio Mane has signed a three-year contract with the reigning German champions. He added that many other big European clubs were interested in signing the forward, but refused to name them.

"Bayern's project was very attractive. Bayern came knocking. Sadio, his German agent Bjorn Bezemer and I had a discussion. Many other very big clubs, that I won't name, wanted Sadio, but when we saw Bayern's project we said, 'That's it, we have to go there,’” Cisse added.