Ronaldinho advises ‘one of the best' on Liverpool future 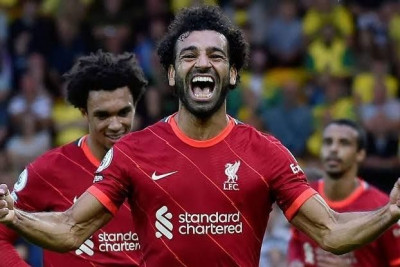 Barcelona star Ronaldinho Gaucho has responded to a question about Liverpool striker
Mohamed Salah's future, describing the 29-year-old Pharaoh as one of the best players in the
world.

The 29-year-old Egypt international has been one of Liverpool's most important players
this season, helping the club win the League Cup and FA Cup, as well as reaching the
Champions League final.

He was crucial in the Premier League, as Liverpool held off Manchester City until the final day of
the season, when the latter won the title with 93 points, one more than Liverpool.

Salah has yet to pledge his future to Liverpool, despite a stellar season in which he won the
Golden Boot with 23 goals in 35 games. Salah's current contract expires in 2023, and the Reds
will be wary of losing him on a free transfer unless new terms can be reached. Salah must
remain happy, according to Ronaldinho, who played for Paris Saint-Germain and AC Milan
among other clubs.

“An advice to Salah regarding his future? The most important thing is for him to be happy,
football is a source of happiness and it must be no matter what club he plays for in the future,” Ronaldinho, who is in Egypt following anninvitation by Egyptian Premier League outfit Eastern
Company to attend their clash with Al Ahly, told reporters.

The Egypt captain appeared in the great majority of Liverpool fixtures last season, playing 2,762
minutes. Over the course of their 38 games, he started 30 of them and came on as a substitute
five times. Salah led the Premier League in assists this season, assisting on 13 goals for his
teammates.