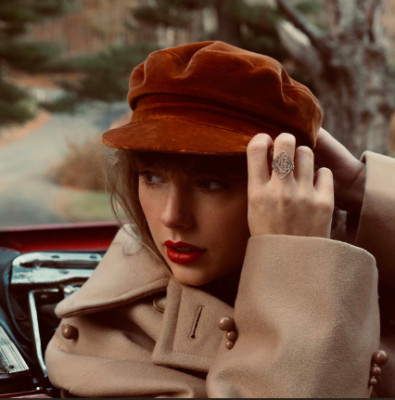 If, like me, you go into this expecting a chord-for-chord remake of the original, you will be surprised. Fearless (Taylor’s Version) was essentially a slightly glossier remake, with most of the changes being Taylor’s more mature voice and slightly different intonation. But Red (TV) is a different experience than the original: it’s louder, more confident. Swift really leans into the pop elements like she might have been afraid to at the time of the original, when she was tentatively transitioning from country to pop. Red (TV) is unapologetically pop, unapologetically fractured and eclectic in terms of sub-genre. Swift’s vocals are also more confident now—where you could once tell she was straining, the notes come out with ease, confidence, and power.

All Too Well (10-minute version) (TV) is an Experience, a stream-of-consciousness affair that includes new details of Swift’s relationship with Jake Gyllenhaal. “Girl at Home” features the most noticeable divergence from the original, to the extent that I was confused when it started. Don’t get me wrong—the pop treatment works for it. But to a longtime listener of this album in particular, listening to the new version for the first time felt a little disorienting, like going to the baking aisle in the grocery store and finding hot sauce there instead.

Of the vault songs, one of the most notable is “Nothing New,” which features Phoebe Bridgers, who sings her own verse; this is especially notable because it’s the first time a female artist has made it out of the background vocals on a Swift song. “The Very First Night” is a more upbeat sister to “Come Back, Be Here,” and “Message in a Bottle” sounds like it could be on 1989.

I’ve loved Taylor Swift since her first album. While I’m having a great time with the re-recordings and the vault tracks, it all feels a little like buying new stuff after your house burns down. On the one hand, new stuff! On the other hand, loss. Red (TV) is great, but I’m sure I’m not the only one who will remember the original album all too well.