Resignation of Ministers: Then and Now 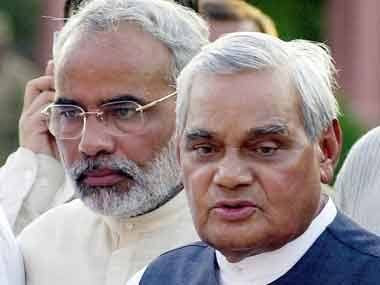 Four days after the arrest of the Minister of State Ajay Mishra Teni's son as the main accused in the terrifying case of the murder of four farmers in the Lakhimpur Khiri case,  the BJP leadership remains undecided on this question: Whether or not to retain Teni in the Union  Council of Ministers.

Contrary to the political culture during the earlier UPA regime - or even the previous BJP government led by the late Atal Behari Vajpayee- the Narendra Modi government has apparently discarded the policy of getting controversial ministers to resign on "moral grounds". In the last seven years, MJ Akbar is the only Union minister who has been asked to resign following disclosures in the "#metoo" allegations.

Prahlad Patel continues to remain in the Union Cabinet despite vociferous demands for his removal following the arrest of his son in 2019 in a murder case. In 2014, the Opposition had demanded the resignations of Union ministers Smriti Irani and Ram Shankar Katheria over a fake degree controversy, but Prime Minister Narendra Modi refused to take action. Rape accused Nihal Chand Jain, similarly, remained a part of the Union Cabinet during Modi's first term.

In contrast, then Prime Minister  Atal Behari Vajpayee had asked MoS Defence Production Harin Pathak to resign in 2000 following the framing of charges against him in a police constable's murder case. In 2010 Madhya Pradesh Health Minister Anoop Mishra was made to resign after he was named in a murder case. After a sting operation by a news portal accusing then BJP President Bangaru Laxman and Samata Party President Jaya Jaitley accepting cash from a fake arms dealer, Laxman was removed from the party post, while George Fernandes resigned as Defence Minister. In 2011, former UP Minister and accused in the NRHM scam Babu Singh Kushwaha was sacked. Advani had himself resigned as MP in 1996 over allegations of his involvement in the Hawala scam.

The list of resignations of Ministers during the earlier UPA regime is long. It includes names such as the late Virbhadra Singh, Ashwani Kumar, A Raja, Kanimozhi, Suresh Kalmadi, Pawan Kumar Bansal and Dayanidhi Maran.