S #ReportWithPride | It takes a lot of humor to survive this world: Vikramaditya Sahai

#ReportWithPride | Relation between the imagined deviance and criminality: Vikramaditya Sahai 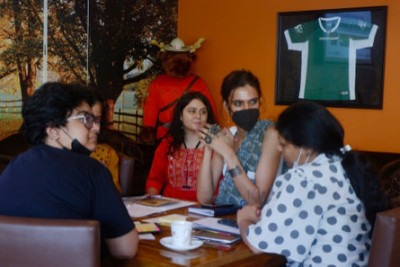 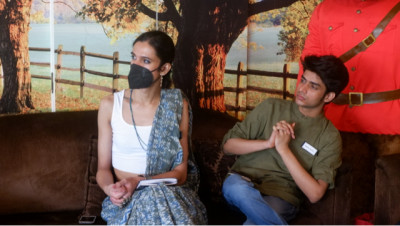 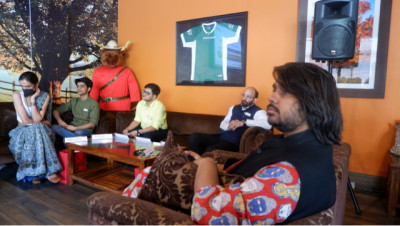 #ReportWithPride | Relation between the imagined deviance and criminality: Vikramaditya Sahai

So I do want to kind of pay attention to someone like Anjali in Kuch Kuch Hota Hai, where the impossible happiness of the Tomboy is only possible in the heterosexual marriage.

That's really part of the corrective strategies that our parents have employed in our lives, right?

Happiness actually lies as close as you can be to the heterosexual matrix. The further away that you are, then you're choosing your own unhappiness, right: aapka pehla pyaar adhura nahi rehta.

And of course, one can continue to speak about this constantly, and so really what all of us actually miss, is that, often trans people are used as tropes to fill in very particular kinds of spaces in media instead of actually being seen as subjects and agents, right.

So you can be the object of humor, but you can't be the subject of humor right? You can be laughed at, you can evoke humor, but often the right people like Bobby Darling etc. will be seen to be confused by being a laughing matter. So they make their own agency in participating in humor.

I mean, if you meet trans people, we are one of the funniest people in the world — I have to say this, because it takes a lot of humor to survive this world.

So part of what has been missing is precisely seeing trans people as agents of their own kinds of conversations, which is what often one also misses even in newer reportage.

So say, when we have reportage on say the NALSA judgements, you will go to a senior lawyer, so it'd be Anant Grover, instead of the petitioner; it will be a psychiatrist instead of the trans person who sought counseling services.