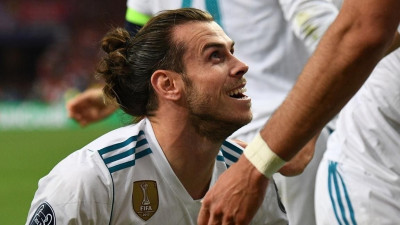 Figo was the first Portuguese player to have a significant impact on the team. He may not have scored many goals, but he was an important player who played a major role in the 2001 Champions League final. He joined Real Madrid in 2000 and made his debut the following season, scoring 14 goals. Figo never reached that level again, but he did score 58 goals in 245 games for Real Madrid.

With his goal-seeking abilities and striking strengths, he was able to make an enormous impact in only three and a half seasons at the club. In his first season at Real Madrid, he scored 26 goals and won the Pichichi award. He was brought in to strengthen the forward line and bring goals, but his long-term injuries kept him out for the majority of the matches, and the former Manchester United player only managed 96 appearances and 64 goals.

Another Ronaldo who made his name in the club, his time at Real Madrid was brief, but the player was clinical whenever given the opportunity. Most of the games, Ronaldo was absent due to recurring injuries, and the player had to overcome troubles, but Ronaldo played 177 games and scored 105 goals for the club.

Bale was another injury-prone player, but when he was on the field, he demonstrated how adept he was with the ball, with crucial goals in two Champions League finals against Atletico Madrid and Liverpool exhibiting how clinical he was in front of goal. The Welshman scored many iconic goals, including one against Barcelona in the Copa del Rey in which he sprinted from half-time and went all the way to score.

However, in his final few years, he became a fringe player due to numerous injuries and made 258 appearances, scoring 106 goals and winning five Champions Leagues.