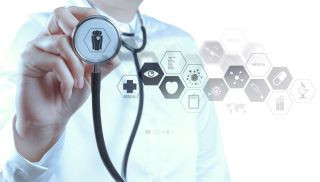 
A family from Bihar has five children suffering from Progeria. Three daughters and two sons of Bisul Khan and Razia Khatooon suffer from progeria. The couple also has two perfectly normal children.

Hypertrichosis is a genetic disorder, which results in excessive growth of dark and thick hair all over the body with extreme cases being called Werewolf Syndrome.

Prithviraj Patil from Sangli district of Maharashtra suffers from a similar condition.


Haemolacria is an unusual medical condition that causes the person suffering from it to produce tears of blood. The tears can vary from being slightly red tinged to completely composed of blood.

Twinkle Dwivedi from Lucknow suffers from this very rare condition that causes her to bleed from eyes without any apparent visible signs of wounds.

Stone baby or lithopedion is an extremely rare medical phenomenon that occurs when fetus dies in abdominal pregnancy (outside the uterus). When the fetus is too large to be absorbed by the body, to protect the mother from the dead tissue and infection, body calcifies the fetus.

This rare phenomenon happened to a woman from Mahaboobnagar in Andra Pradesh. She was admitted to a local hospital complaining of intense abdominal pain.

She was examined and after a few tests, she was diagnosed to be bearing a stone baby. The stone baby weighing 2 kg was removed after surgery. She had carried that baby for 30-35 years. Only 300 such cases are known in the recorded medical history.