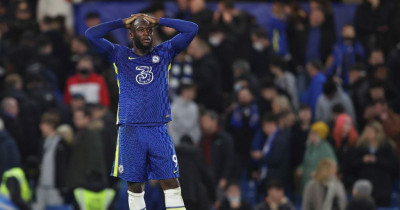 Paris Saint-Germain have expressed their interest in signing Chelsea striker Romelu Lukaku on a permanent transfer after the revelation of Roman Abramovich’s decision. The centre-forward was recently involved in a high-profile mix-up for an interview.

Lukaku revealed in the interview that he was unhappy with life at Stamford Bridge and had regretted his decision to leave Inter Milan. He even went on to promise that he wants to return to San Siro when he is still in his prime. Following the mess, he issued a public apology on the matter after initially getting sidelined against Liverpool as a punishment.

Abramovich has issued full support to Thomas Tuchel and is supposedly assessing his options to sell the Belgian. He is open to facilitating a move if they can get most of the money that they initially paid for the forward. That has put several European clubs on “red alert”, with PSG also showing their intent.

Les Parisiens accepted that Kylian Mbappe would leave them next summer when his contract comes to an end. Nasser Al-Khelaifi is an admirer of the Blues attacker and is lining up a £75.5million move to bring him to the French capital. Cristiano Ronaldo is also an option, but the 28-year-old is identified as a more reasonable investment due to his age.