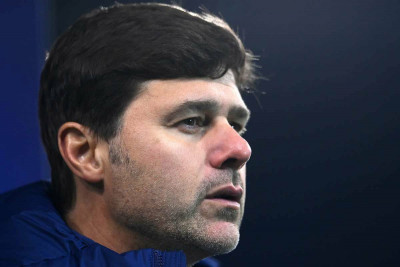 Paris Saint-Germain have no intention of letting Mauricio Pochettino leave for Manchester United halfway through the season, but they are open to negotiations when 2021-22 comes to a close.

The Argentine has emerged as one of the top candidates to take over on a permanent basis following the dismissal of Ole Gunnar Solskjaer last weekend.

Pochettino is understood to be far from enamoured with life in Paris, feeling the strain of 11 months living out of a hotel room.

Not even the arrival of fellow Argentine Lionel Messi has made much difference, with the pair sustaining a cordial rather than warm relationship since the star's move from Barcelona.

Publicly at least Pochettino remains committed to the Ligue 1 club, and PSG would likely make United pay dearly for the chance to take their coach while he is still under contract.

"I am very happy at PSG," Pochettino told reporters in response to the speculation.

"I am used to the rumours and it is a good sign, it means we are doing a good job. We don't create the rumours, nor do we take advantage of them."