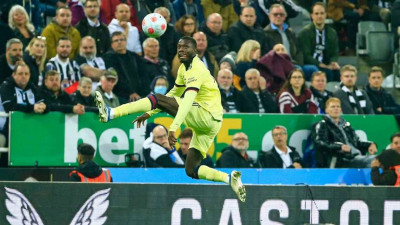 Arsenal are looking to move on Nicolas Pepe with Paris Saint-Germain as a potential destination, according to Foot Mercato.

Despite Pierre-Emerick Aubameyang's departure to Barcelona in January and both Alexandre Lacazette and Edward Nketiah coming to the end of their contracts next month, the 26-year-old Pepe is set to leave the Emirates this summer.

The Ivory Coast international became a club-record signing when he joined the North London side for £72 million from Lille in 2019. Since then, he has struggled to find form in the Premier League, scoring just 16 goals in 80 appearances. With Mikel Arteta preferring to start Bukayo Saka on the right wing this season, most of his appearances have been made off the bench.

The winger has been reportedly offered to many clubs, starting with PSG, who are looking to replace Angel Di Maria. However, the winger could be difficult to offload this summer, as he remains in contract until 2024 and reportedly earns around £140,000 per week.