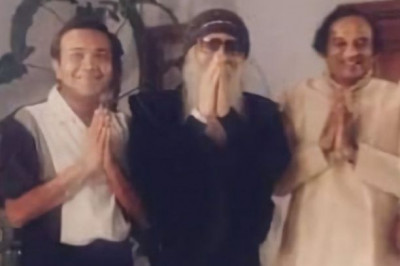 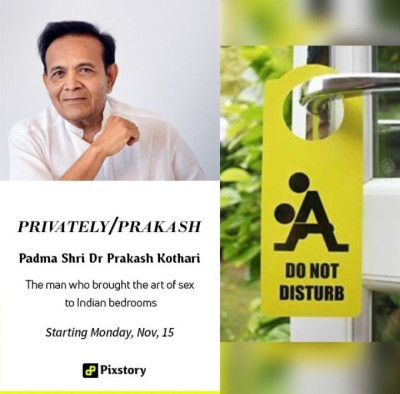 PRIVATELY/PRAKASH: Indian men use their wives/partners as sleeping pills

PRIVATELY/PRAKASH: Sex tonics are exploitation of the desperate by the ignorant

PRIVATELY/PRAKASH: Desiring sex and hiding it is the root of most sexual problems

PRIVATELY/PRAKASH: Anxiety over loss of semen among Indian men is a product of toilet habits

PRIVATELY/PRAKASH: Peter Ustinov (British actor) was delighted that I failed to recognise him

PRIVATELY/PRAKASH:  I saw the potential of sexology after a quack cheated me

PRIVATELY/PRAKASH: Nights of many celebrities are dependent on my days.

PRIVATELY PRAKASH: Sex at 80, what I learned from my clients

PRIVATELY/PRAKASH: Women in India were first to recognise importance of sex talk

PRIVATELY/PRAKASH: Brahmacharya does not mean celibacy

Many people think orgasm and ejaculation are the same. They are not. They are two different things. Neurophysiologically, one can occur without the other. While orgasm happens between two ears, ejaculation takes place between two legs.

Almost every Indian language has a word for orgasm. In Gujarati it’s called sukh (happiness); Marathi, samadhan (are you settled?); Punjabi, pasandi (pleasure); Tamil, tripti (satisfaction); Telugu, samptripti (complete satisfaction) Bengali, bhalo laglo kina (did you like it?) Kashmiri, kushi (happiness); Sindi, majo ayo (did you get the pleasure?).

Several years ago, I had an interesting conversation with Rajneesh (Osho, the late Indian mystic and founder of Rajneesh movement) at his Pune Ashram.

I went to meet him because my friend Kalyanji (Bollywood music director and composer of Kalyanji-Anandji fame) insisted. Kalyanji was a great Rajaneesh devotee. Rajneesh would begin all his lectures with a five minute talk from Kalyanji.

During our conversation, Rajneesh said that there is no good word for orgasm in an Indian language. He didn’t like any of the words he knew. So I told him bhagvan your fundamentals about sex are not very clear. Kalyanji was shocked at my impudence. He was like ‘how can you talk to bhagvan like that?’ but Rajneesh was like ‘usko bolne do (let him speak)’.

So I explained. I told him there is a very good word for orgasm in Malayalam: ‘ratimoorcha’. (pronounced like cha in charred)

Rajneesh was surprised. He said he never knew. Rajneesh admitting that he didn’t know something was very unusual. His greatness was that he had the humility to admit his ignorance.

We became very good friends after that. He wrote about it in his magazine Sannyas.
Later, when he published his best-selling book ‘Sambhog Se Samadhi’
(From Sex to Superconsciousness) he even called me up to inform.