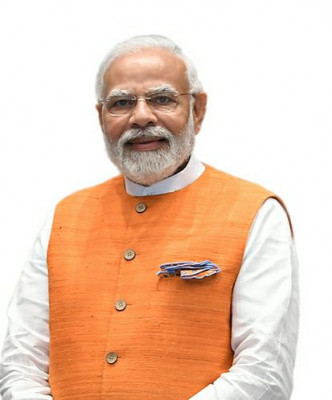 The Prime Minister expressed his gratitude for his good fortune of being at the temple. He underlined the importance of the moment today when after 5 centuries and even 75 years after independence, ‘dhwaja’ sacred flag was hoisted on the temple. He said “Today, after centuries, the flag is once again hoisted on the top of the Pavagadh temple. This ‘Shikhar Dhwaj’ flag is not only a symbol of our faith and spirituality but this flag is also a symbol of the fact that centuries change, eras change, but the faith remains eternal.” He said that this redevelopment right before the upcoming ‘Gupt Navratri’ is an indication that ‘Shakti’  never dims or disappears.

Referring to Ram Temple in Ayodhya, Kashi Vishvanath Dham and Kedar Dham, the Prime Minister pointed out “Today the spiritual and cultural glory of India is being restored. Today New India is proudly living its ancient identity along with its modern aspirations.” Alongwith centres of faith new possibilities of our progress are emerging and this grand temple at Pavagadh is part of that journey, he said. He said that this temple also symbolizes Sabka Saath Sabka Vikas, Sabka Vishwas and Sabka Prayas.

The Prime Minister recalled how Swami Vivekananda devoted himself to public service after getting Maa Kali’s briefings. He said that today he asked the goddess to give him strength to serve the people.