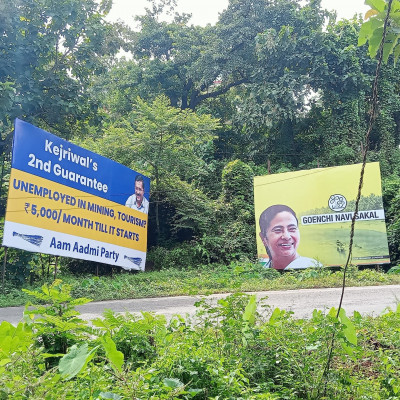 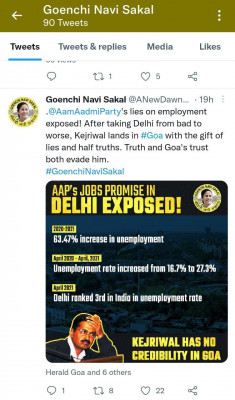 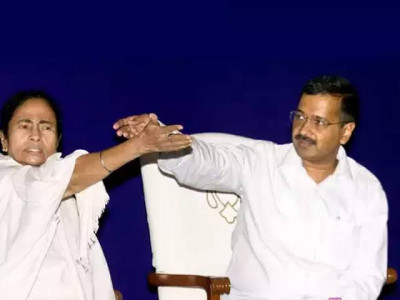 Swords Crossed...part time friends and part time adversaries, Mamata and Kejriwal slug it out over Goa

Uzo, it’s Konkani for fire. A Mamata wiping BJP off votes in Bengal or a Kejriwal cocking snook winning 85% seats in Delhi under BJP’s watch is Uzo for the Goans. While Congress despite being the single largest party surrendered the advantage of Govt formation to BJP and even lost 10 of its MLAs, the idea of a party like TMC or AAP showed the middle finger to BJP in their backyard is an adrenaline rush. Well almost. The only problem is Goa does not have a homegrown streetfighter like Mamata or a cunning IIT-ian like Kejriwal.

The Twitter wars have broken out between current I-Pac clients TMC and former clients AAP over the same turf – Goa. While AAP had been around since 2017 riding an earlier Delhi wave of 2014, TMC is banking on its current indomitable image. The only problem – AAP has neither been able to cultivate strong leaders, TMC is still struggling to identify one and between both of them, the happy poaching ground is Indian National Congress. Loads of money has been offered to many of the local Party Presidents but then in Goa, money can buy you love (of the MLAs) but not the trust of the voters.

TMC, despite being splashed all over the town - has a bunch of ageing, have-been and also-rans - of the Congress kind. It is picking by the troves anybody who was a Congress office-bearer at some point in time. The problem is that most of these people enjoyed the position as bragging rights but did nothing for Congress. Even INC Goa proper is filled up with a Pradesh Congress Committee which has over 200 high powered leaders but is of no use. While real leaders lie ignored and idling in INC, loyal to the core; TMC and AAP go shopping for Congress and MGP visiting cards like local Goa Forward Party.

Despite the mystery and dollops of paid media coverage, it is increasingly getting clearer that TMC/I-PAC, AAP like resident GFP, NCP is more focused on decimating Congress as Goan voters look on bemused. Old wines in new bottles isn’t in vogue in 2022