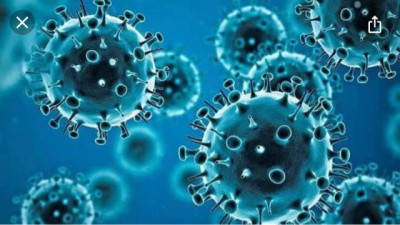 Covid wave May peak in next two weeks

India has reported around 2.5 lakh cases since last two days and the numbers seem to be rising .
The question everyone is asking , has this wave of covid peaked ?
When can cases begin to come down ?
The current wave in most countries is fueled by omicron, government of India also said the scenario was same in India as well. What has been witnessed in other countries might hold true in India as well

* the positivity rates have been seen to be highest among all previous waves.
* second omicron compared to other variants peaks out and burns out fast .
The current predictions point out to the same.
According to scientists at Indian Institute of Science (IISc) and the Indian Statistical Institute (ISI) cases will start going down by next month, the curve will be flattened by March or April. This however won’t be before a peak with more than eight lakh daily cases.

While decline might begin in big cities earlier, but will vary from state to state.
Same was predicted by Indian Institute of Technology, Madras, the third wave could peak between Feb. 1 and 15, and will likely be much higher than the delta wave.

More number would mean more severe cases among those with co-morbidities , so health infrastructure needs to be geared up.
India’s recovery rate is 95.20 %, it has dropped from 98 percent till a few weeks earlier.
India’s Active Caseload is presently at 12,72,073. Active cases constitute 3.48% of the country's total Positive, positivity rate is almost 15 percent.
There however is good new “We expect that 85.2% of infections will have no symptoms.They will be asymptomatic, but amongst the cases, we still expect quite a number of them to end up in hospitals and in terms of death, cases will be much reduced ,” Christopher Murray, director of the Institute for Health Metrics and Evaluation, told news agency ANI. “So we expect that the peak of hospital admissions in India will be about a quarter of delta”.