Here are some more red flags so that you can identify and escape asap! 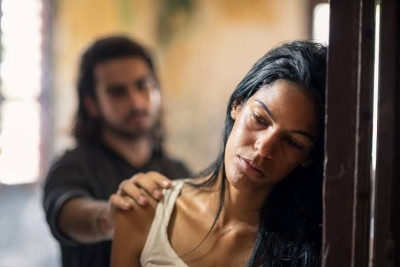 Here are some more red flags so that you can identify and escape asap!

Didn't we all at some point think that stalking was healthy? Haven't you heard stories about the bully who loves? The tiger who fell in love with the lamb? Didn't we almost romanticise these toxic aspects?

Do you have a brother that scared of your boyfriend? Because he intended to protect you? Even the boyfriend who told you to increase the length of your shirt? The older abusers who kill even with their looks? Wasnt they be told to be respected? The husband who broke the vase in the middle of an argument where you meant to fix him? Inappropriate male boss? Isn't he too romanticised?

Why is it so why the gaze is always romanticised rather than explaining why they took off our signs? Abuse is/was still considered normal and endured by children or parents! Overprotecting male figures chokes you to death and still, we are told to endure. When something happens and we get hurt, women are blamed for not being careful and not seeing the signs! How are we supposed to see the signs when you romanticise them? How can a child or woman be blamed?