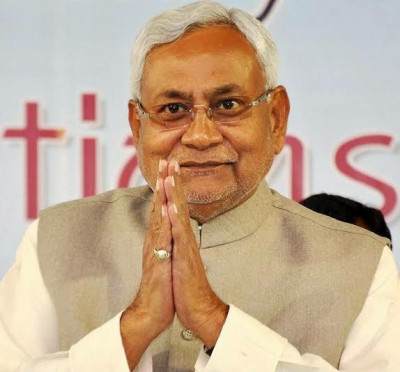 Nitish Kumar is the current Chief Minister of the Indian State of Bihar and also holds the top most position in the Janata Dal ( United ) Party.

His father was a freedom fighter and that's why he had the opportunity to enjoy close proximity to the great Gandhian Bihar Bibhuti Anugrah Narayan Singh considered as one of the founders of modern Bihar.

Between 1974 and 1977, Kumar took part in the movement led by Jayaprakash Narayan and was very close to Satyandra Narayan Sinha, who was a prominent leader of that time. In the Year 1985, he was first elected to the Bihar Legislative Assembly.

In 1987, he held the post of the president of the Yuva Lok Dal. After two years in 1989, he became the Secretary – General of the Janata Dal in Bihar and was also elected to the 9th Lok Sabha in the same year.

Kumar became the Union Minister of State for Agriculture in 1990 & General Secretary of the Janata Dal at the national level in 1991 after his re – election to the Lok Sabha.

He was further promoted to the Deputy Leader of Janata Dal in Parliament in the same year.

Between 1989 and 2004, Nitish Kumar delineated Barh Parliamentary Constituency ( Bihar ) in the Lok Sabha. In 1998 – 1999, and concisely served as the Union Cabinet Minister for Railways and Surface Transport and then as the Minister for Agriculture.