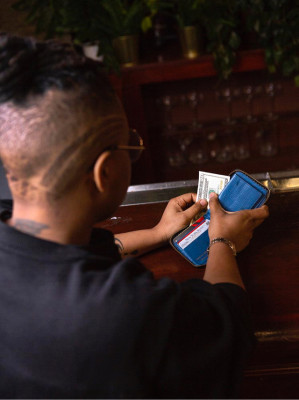 The New York State Assembly has passed a bill call the Gender Recognition Act, which will give folks the option of having gender marker X on their drivers’ licenses and state identification documents to more accurately represent their gender identity.

If Gov. Andrew Cuomo signs the bill, New York will be the 25th state with gender neutral ID marker option in at least some official documents. The act will also make it easier for folks to update their names on IDs.

“The bill would also allow parents the choice to be designated as ‘father,’ ‘mother’ or ‘parent’ on their child's birth certificate,” CNN reports.

“The Gender Recognition Act is critical for transgender, nonbinary and intersex New Yorkers,” Assembly member O’Donnell said. “The provisions in this bill will make life safer, reduce the stigma and affirm the identities for so many of our friends and neighbors. We will continue fighting for the recognition, acceptance and safety of the LGBTQ+ community here in New York.”

The legislation would remove barriers to individuals petitioning to change their names by removing the requirement of consent for the name change from any party except the petitioner… Under current law, applicants for a name change must publish their present name and address in addition to their previous name, place of birth and birthdate in a newspaper. This puts members of the LGBTQ+ community who wish to change their name at risk of hate crimes, public ridicule and discrimination.