S NASA is sending an iPad to space. Here's Why

NASA to introduce the Artemis I spacecraft to the launchpad 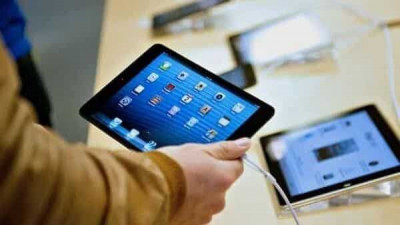 NASA to introduce the Artemis I spacecraft to the launchpad

NASA’s next moon rocket will have an important cargo from tech company Apple. According to a report by 9to5Mac, the US space agency will send an iPad onboard an uncrewed spacecraft called Orion on the Artemis 1 Moon mission. The iPad, report says, will assist in testing Amazon’s digital voice assistant Alexa on Orion.

Apple iPad will be part of Callisto that will demonstrate how consumer tech could integrate with future spacecrafts. NASA will use Amazon Alexa and WebEx by Cisco for the tech demo. The mission seeks to demonstrate how voice commands could improve how astronauts live and work in space. Lockheed Martin and NASA are reportedly collaborating with Amazon and Cisco on Callisto.

“The industry-funded payload will be located on Orion’s center console and includes a tablet that will test Webex by Cisco video conferencing software to transmit video and audio from the Mission Control Center at Johnson, and custom-built hardware and software by Lockheed Martin and Amazon that will test Alexa, Amazon’s voice-based virtual assistant, to respond to the transmitted audio", NASA said in a blog post earlier this year.

“Callisto will use NASA’s Deep Space Network and a local database aboard the spacecraft to communicate with Alexa and respond. The payload’s on-board hardware has been hardened to protect it for the radiation environment on Orion’s deep space journey", the post further added.

NASA is working on its next moon mission called Artemis since the Apollo Program ended in the mid ’70s. Aim of mission is to establish infrastructure to support the future of lunar and deep space exploration.

“I can imagine a future where astronauts can access information on flight status and telemetry - such as spacecraft orientation, water supply levels or battery voltage status, through simple voice commands," said Howard Hu, deputy Orion program manager at NASA’s Johnson Space Center in Houston in a blog post.

“Orion is already the most advanced spacecraft ever developed to carry astronauts to the Moon, and voice activation technology could take it to the next level by enabling the interactive computer systems of science fiction spaceships to become a reality for the next generation of explorers," he added.