My story is my journey of peace- You can say from guns to doves. I am a former ULFA now a peacenik 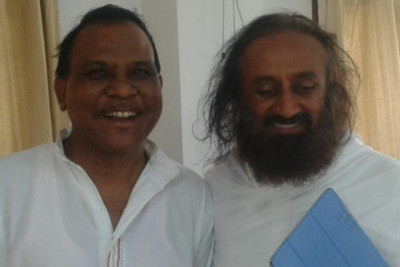 World peace Day, it resonates with me in my everyday yearnings.

Self Peace is Peace

Peace is the water of life

Peace is a need not an option.

A peaceful environment is must for creative arts to flourish

Longing for peace on International day of peace! The Story of Me and a Thousand Children of🇦🇫

Mankind needs to accept and respect the diversity.

Steps to attain peace of mind

Truly inspiring! This line truly changed my perspective of life. I began to see life in a more holi

Intentional breathing is a simple activity, but it's one of the most powerful ways to create peace o

Great Story! Thanks for sharing

My story is my journey of peace- You can say from guns to doves.

I am a former or reformed ULFA militant or whatever you may call it. As the world celebrates world peace day today , I want to share my journey from violence to peace. From hate to love, from guns to roses. And how I learnt my “art of livings “.

I was pursuing MBBS, but before I could join, I got pulled towards the separatist ULFA movement in Assam.

I did my lower education and also did my high school with good grades. I passed my class 12th and even got through medical entrance . However I found my young mind asking questions about poverty, inequality and getting attracted to militant ideology.

Besides the situation in Assam at that time was also not good, the lack of opportunities made the movement appealing.

I joined them in 1885 and remained with them for 15 years- including seven out of the country. What all happened is something I don’t want to recollect but all I can say, in the end I realised how futile the entire thing was.

I read a of history about Assam. But I could not figure out why the state should be separated from India. Even ULFA was not clear on this separation bit.

They were searching for all kinds of historical documents to show that Assam was a separate entity from India, but couldn’t find any.

I was getting convinced that we were on the wrong path.

I had met my wife while I was living away from India . We would seek permission for marriage from ULFA leaders and were generally given permission. So I got married while being a militant.

In 1999, I had a kid at that time, he was 5. I was in the Bhutan camp. I began to realise there was no future, no education for my child. I thought if my child doesn’t get education, his future will be ruined. I didn’t want it to happen to him.