My biography: Marriage was an attractive proposition for me 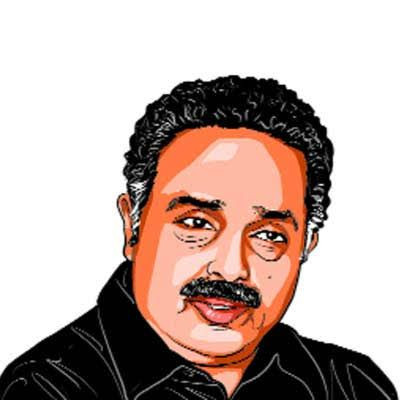 As I could not afford to pay donations to private colleges to become a lecturer, I decided to look for some other job. My father was not in a position to pay the money.

My family was into constructing temples etc. My father had a furniture workshop but he soon went broke because he would sell products below the cost price. He had no business sense. We had terrible financial difficulties for some time.

Since I was the eldest male member in the family, a job was very necessary for me to sustain my family. I had two elder sisters and a younger brother and a sister. So, we were five. Two elder sisters have since died.

Then I decided to shift to Delhi to look for a job. I applied for a post in the Lok Sabha and got selected after clearing a test. That is how I got into Parliament.

I got married at a very early age. My wife was then just 16 and I was around 23. There is a difference of seven years between us. That was mainly because I was trying to get a job and my father-in-law was willing to help with money.

He was a contractor and financially very sound. I liked the girl, very attractive. So, it was an attractive proposition. We got married but both of us were too young to understand the concept of marriage.