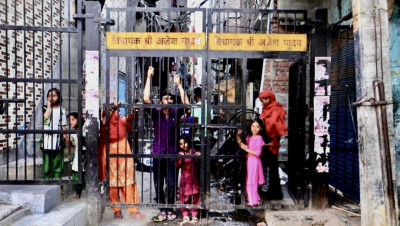 Indian cities are characterised by a high degree of inequality in the availability of services like piped water and sewage, with Dalits and Adivasis facing the brunt of the deficit, according to a recent study, Residential segregation and public services in urban India.


“The emancipatory promise of urbanisation has failed to fructify for millions of Dalits and Muslims who are relegated to the spaces with poor public services,” said the study, published by four academics—Naveen Bharathi, Deepak Malghan, Sumit Mishra, Andaleeb Rahman—in the Urban Studies Journal in February 2022.


The study, which combines large scale quantitative analysis using neighbourhood-level national census data for all towns in India with at least 0.3 million residents, has qualitative fieldwork in Bengaluru, home to over 10 million residents.


The latest findings are in line with other studies which find segregated living in Indian cities based on caste or religious identity, with Dalits and Muslims facing the worst discrimination in urban housing, with few signs of improvement 75 years after independence. While prejudice and limited social and economic mobility plague both communities, waves of communal violence have driven the ghettoisation of Muslims in riot-prone cities irrespective of social class, education, and status.


A research paper published in 2018 by three of the four authors—the first-ever attempt to use enumeration block-level data (released in 2015) to study caste-based residential segregation in India— found that 30% of Delhi's neighbourhood, 60% of Kolkata's and 80% of Rajkot’s did not have any Dalits and Adivasis.


Since the Census of India doesn't make an enumeration of block data of religions public, it is difficult to study residential segregation along religious lines.